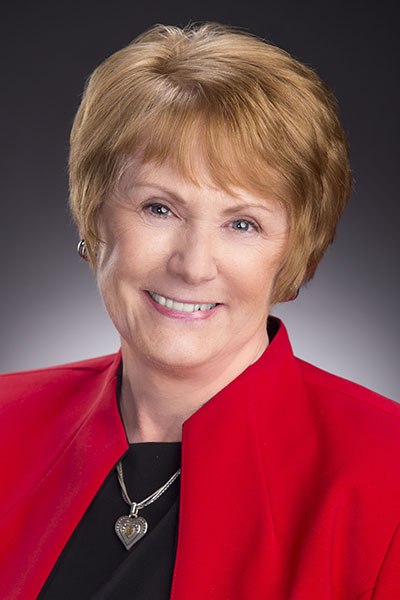 “Philanthropy means doing something charitable whether it be giving a donation to a charity or helping someone in need. Just give of yourself.”

Debbie Devald is the Bookkeeper and Executive Coordinator for Professionals in Philanthropy.

When you’ve lived in one valley for more than 37 years, you manage to put down some pretty deep roots: Debbie Devald is living proof of that. Although raised in Buffalo, New York, the snowy weather sent Debbie chasing after rays of sunshine (something Las Vegas has plenty of), which means PiP owes a great deal to the snow!

For more than 20 years, Debbie has kept her hands in the nonprofit community. Before she began a professional career in the sector, she received the Volunteer of the Year Award from HELP of Southern Nevada. Even now, Debbie will tell you that volunteering isn’t an activity for her spare time…it’s part of who she is. Her passionate commitment to volunteerism made it clear that she would have a future in changing lives: a call she didn’t waste time in answering.

When she served as the Executive Director of the American Diabetes Association and the Juvenile Diabetes Foundation (now JDRF), she learned the masterful art of juggling many hats. She oversaw the strategic direction of the local chapters, including all board development activities, human resources functions, fundraising efforts, programming, community outreach, and special events (which is a lot to type, let alone perform—and perform well). Having a daughter with Type 1 Diabetes gave her a passion for helping the families who bravely face the disease; making a difference brought her joy; and that joy translated into success. All that work paid off, leading to her receipt of the Star Performance National Award. This was talent the PiP team couldn’t let go of.

In her current role, Debbie serves as the Bookkeeper and Executive Coordinator (which as a more literal translation, means the PiP team wouldn’t survive without her). She’s still managing to keep multiple balls in the air. She might be working to make a difference in our community through organizations like NevadaGIVES; reading a book; clinging to coffee or ice cream (the two items she swears she could never give up); or listening to her favorite music (she guarantees that dancing is the best way to unwind and have a great time…and who said bookkeepers don’t know how to have fun?).

Las Vegas has grown quite a bit in the last 4 decades. The one thing that hasn’t changed, is the profound effect Debbie Devald has had on this community: we couldn’t be more proud to have her as part of the PiP family. Debbie wants everyone to know that she’s grateful for her many blessings, and we want Debbie to know that she’s been one. Debbie once said that she hopes she’s remembered someday as a kind-hearted, fun-loving (but still responsible) adult, who was most importantly a great mom and wife. Here at PiP and in the Las Vegas community, she’s known as that and so much more.