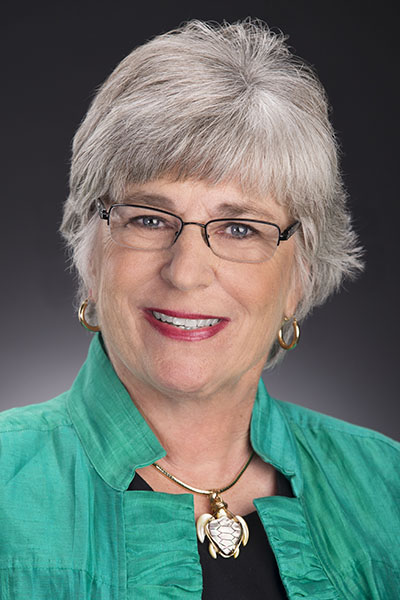 “Philanthropy means using and sharing my time, talents and treasure to support the values I view as important to the process of life.”

Marlyn Buckley is Project Manager Extraordinaire for Professional for Professionals in Philanthropy. She provides facilitation, project management, coordination, and administration for PiP clients and its operations.

While you may have heard that retirement is the ultimate goal, certain members of the PiP team disagree. When you’re Marlyn Buckley, there’s never a good time to stop making a difference in your community, wherever that may be.

Marlyn is a self-proclaimed nomad who spent her early life in Nebraska, her working years in Colorado, and her “supposed to be retired” years in the Silver State. For Marlyn, it was the energy of Las Vegas that drew her to Nevada, the weather that kept her here, and a calling to do good that sent her to the PiP team. She may have come to Las Vegas to retire, but PiP was able to convince her that “semi-retirement” would be a more fitting lifestyle, and we are proud to have her as part of the team!

Before lending us the organizational skills that help to keep PiP running, Marlyn boasted a successful career that helped her to hone those talents. With a Bachelor of Arts Degree in Religious Studies, an Associate of Science in Dental Hygiene, and a Certificate in International Sales and Marketing, she was no stranger to learning and growth. This long string of educational accomplishments hints to the fact that her favorite volunteer activities surround education. Even today she advocates for the continuing education of people of all ages, genders, races and creeds: believing that it holds the key to the transformation of society. She certainly used her education to transform her own life, and the lives of others.

She prepared herself with a plethora of skills that people like PiP have greatly benefitted from. Marlyn and her late husband founded Marketrends Holding Co. and were the North American marketing team for a Belgium based software development company. As the VP of Operations, Marlyn was busy, but that never stopped her from engaging in an active volunteer life. Her international interests were more than just professional.

Throughout her time in Colorado and Las Vegas, Marlyn has been passionately involved in the nonprofit sector. She has served on committees and boards; supported others as a trained Stephen’s Minister; served as the Treasurer for the HopeLink of Southern Nevada Board of Directors; co-chaired the Henderson Back2School Event (for 10 years); and participated in international volunteer work in Africa. She’s still excitedly volunteering for causes, and states that nothing makes her more excited than knowing her efforts can make a difference. Marlyn believes in a better world, and that makes her a perfect fit for the PiP team.

She’s fierce on the golf course, she can hold her own in a Texas Hold ‘Em tournament, and she’s never afraid to speak her mind, but that’s not what she’ll be remembered for. Marlyn wants to be seen as open-minded, willing to evaluate different points of view, and ready to incorporate discovered information to add value to her life. Here at PiP we can tell you one thing for sure, she’s used her skills to add value to our team and the Las Vegas community.